Skip to main content
Manage your cookies preferences
Spartoo uses cookies that are strictly necessary for the operation of the website, as well as for the personalization of content and traffic analysis. Our partners use cookies to display personalized advertising based on your browsing and profile. If you click on all "accept all and close" below, you can change your preferences at any time through your customer account. If you click on "refuse all", only cookies strictly necessary for the operation of the site will be used.

Wati B: no limit!
As an independent label founded in 2000, directed by producer Dawala, aka Wati Boss, Wati B has produced artists such as Dry (Untouchable), L'institut or Sexion d'Assaut. Originally a range of clothing and fashion accessories, Wati B opened its first boutique in Paris in 2011 before being distributed on the internet. Its casual style inspired by hip hop is worn by the biggest names in music, rap, RnB and hip hop of course. 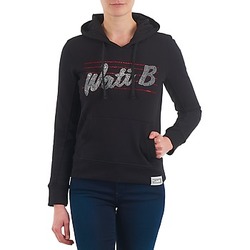