Marc Jacobs and the art of haute couture
Born in 1963 in New York, Marc Jacobs has lived fashion since his adolescence, when he lived with his grandmother who taught him how to sew. In 1981, he studied art at the prestigious Parsons School of Design before designing his first collection: a knitwear line. The brand Perry Ellis made him vice president of his women's ready to wear line in 1989. The collaboration was short-lived however, when the designer launched a grunge collection, a style that would become synonymous with his own collections but were completely out of line with what the Perry Ellis executives were expecting. He then founded his own line: Marc Jacobs became synonymous with prestige among an international clientèle. In 1997, he joined Louis Vuitton as the artistic director of their ready-to-wear line. Today, he is the symbol of trendy chic. 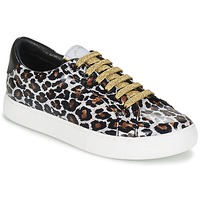